Amazingly powerful, indispensable and seemingly unlimited, the human memory is extraordinary. From our explicit memories – based on experience and facts – the ones that enable us to do our jobs, to our unconscious, implicit memories, we use it every day, starting with the procedural memories of turning off the alarm and getting out of bed. We don’t even think about it.

But memory is also habitually misrepresented – and that’s dangerous.

When we talk about ‘memory’ we often do so as if it were something simple, binary, storable and immutable. In The Matrix Trinity (Carrie-Anne Moss) and Neo (Keanu Reeves) approach a helicopter. “Can you fly that thing?” asks Neo. Trinity whips off her sunglasses and fixes Neo with a steely gaze. “Not yet,” she replies, makes a phone call and within seconds has the ability to pilot it, remotely downloaded into her head. It’s delightful nonsense that nobody takes seriously, but it also perfectly embodies how we often represent human memory – as if it were computer memory that can be moved about like so many digital bits. It isn’t.

This misrepresentation of human memory is dangerous because it is too simple. It underestimates memory, how we learn and how we best use our mental faculties, and in so doing it limits us.

Man or machine?
It misrepresents memory because our memories are not set once, formed by experience and laid down to be accessed as if they were so much data on a hard drive. Memory is far more than that, but our misrepresentation of mind-as-machine has long existed, with the metaphorical machine changing over time. As Christopher Isherwood says in Goodbye to Berlin (the basis of the film Cabaret) “I am a camera with its shutter open, quite passive, recording, not thinking.”

We are, however, not cameras or computers, instantly recording our observations. Memories are formed by complex processes that take time. For the explicit memories that we rely on for our daily work – from simple facts to rich mental models – these processes are complex and organic. They involve both the strengthening of synaptic connections between individual neurons, and ‘system consolidation’ – concerted interactions between different, sometimes distant, parts of the brain. Shifting memories from the short- to the long-term also involves prolonged interaction between the cerebral cortex and the hippocampus, sometimes over periods of months or even years.

Does it matter that we use mechanical metaphors for human memory? Isn’t it just a handy shorthand? It would not matter except that the way we frame our world forms our thinking. And that can limit us quite severely.

Quality Street
Word association gives a simple example of the complexity of human memory. On my desk now is a dictionary. I opened it at random and found the word ‘quality’. Immediately it set of a series of associations inspired by this single word and shooting off at tangents:

When the Artful Dodger introduces Oliver to Nancy in the movie of the musical Oliver! he says ironically, “We’re all quality here!” That made me think of the street life of Victorian children, of Henry Mayhew’s fascinating book London Labour and the London Poor.

In The Merchant of Venice, Portia says “The quality of mercy is not strain’d”, and on recalling that line I am transported to the brilliant 1989 production in London with Dustin Hoffman as Shylock. I see the stage, hear the voices, marvel at it all. Simultaneously, I remember my mother quoting Shakespeare around the house as I was growing up, and in particular her description of a magpie mind as “a snapper up of unconsidered trifles”.

But then I glance back at the dictionary and am reminded of Qualitätswein, a type of German wine, which in turn makes me think of the taste of the very cheap wine I drank as a young man, which was definitely not quality wine, and in turn of Somerset Maugham’s spy character Ashenden, who would often drink a hock on assignment in Germany, which in turn brings up Eric Ambler, and John le Carré, and so on and so on.

These are only three thoughts triggered by a single word. And I have only described the beginnings of each association, which unravelled across my mind seemingly simultaneously, triggering further rich, tumbling associations and all in a fraction of a second. Even if you are only scan reading, it has taken you far longer to read these words than it took me to experience the thoughts, and each of us would experience something similar, with different associations with the trigger word, because we are all human. Computers don’t do this.

Of course computers can index facts far better than we can. For storage and analysis, there is nothing better than a recording machine. But recording and analysis are not what the human mind excels at. What it excels at – and what this crazy, interconnected, jumble of associated thinking makes uniquely possible – is synthesis, the bringing together of thoughts, rather than their separation and categorisation.

Leaping to conclusions
My daughter’s favourite joke is “Why did the golfer wear an extra pair of pants? In case he got a hole in one.” It’s one of my favourites too. A computer wouldn’t laugh at that. If you tell a person a joke, show them a photograph with something missing or have them watch a whodunit, he or she will do something computers don’t and can’t do. A person will spontaneously jump to a conclusion. They understand the bad pun, they see what’s missing and they check to see if the butler could have done it – all at lightning speed.

The need to reach a conclusion, to fill in the gaps, is a valuable survival instinct. It is so valuable that fuelling the brain takes a considerable amount of energy (about 20% of our calorific intake) and it is optimized to work extremely fast – in milliseconds. You laugh the moment you hear the punch line. The raw material the mind works with to form these conclusions – our memories – are valuable precisely because they are so complexly and organically interlinked and can lead on to other memories, stimulating further thoughts in so doing.

And there’s a corollary to this. If you don’t have those memories, those experiences and facts, at your disposal, your thinking will not be as rich. You may not reach the best conclusion to a problem. You may reach no conclusion at all.

Ghosts in the machine
This is why the illusion of memory-as computer- storage is dangerous. If our memory is the same as a computer’s, then why not just let the computer do all the work of remembering? Sure in the days when everything was on paper, you had to remember stuff, but these days can’t you just keep a vague index marker of a fact in your head (that Danish prince guy Shakespeare wrote about) and when you need to know the details go and look it up (Hamlet)?

Of course you can, but if that is all you’re doing with your mind you’re relegating it to the role of a recording machine. You’re using a Ferrari to do the weekly shopping.

Our minds are not machines. They are far more than that. We no longer have to remember a vast amount of the procedural information of everyday life from phone numbers to train times to directions because our computers can do it for us. But we should not be seduced into thinking this means we need remember nothing. On the contrary, our marvellous minds thrive on rich, interconnected memories that enable us to be the creative, problem-solving marvels that we are.

Let us use our minds for what they are best at – thinking, creating, concluding – and let us give them the best possible material to work on. Memories. 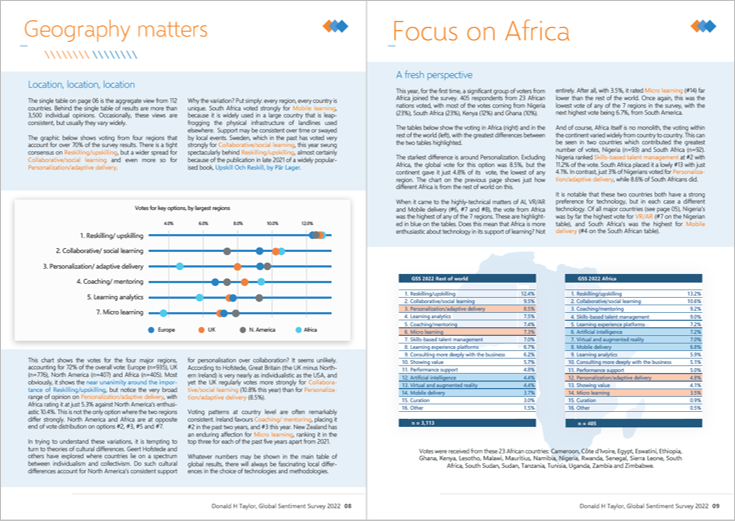