Donald H Taylor is a veteran in the fields of learning and development and learning technologies, with experience at every level from design and delivery to chairman of the board. Read his full biography below.

A recognised commentator and thinker in the fields of workplace learning and supporting technologies, Donald is committed to helping develop the learning and development profession. From 2010 to 2021, he chaired the Learning and Performance Institute, where he continues to head the Advisory Board and Learning Professionals Network.

A core part of Donald’s commitment to the profession is what he calls ‘creating spaces for meaningful conversations’. To this end, he has chaired the Learning Technologies Conference in London since 2000, hosted its bi-weekly webinar programme since 2007, and contributed to other conferences world-wide. His annual L&D Global Sentiment Survey, now in its ninth year, attracts responses from thousands of respondents in over 80 countries.

His work over more than 30 years in L&D ranges from training delivery to director and vice-president positions in software companies. Donald has been a company director and shareholder for three companies through start up, growth and acquisition. He now advises a number of EdTech start-ups, and works with Emerge Education, a European seed fund focused on start-ups in this field.

He is a graduate of Oxford University and in 2016 was awarded an honorary doctorate by Middlesex University in recognition of his work developing the L&D profession. 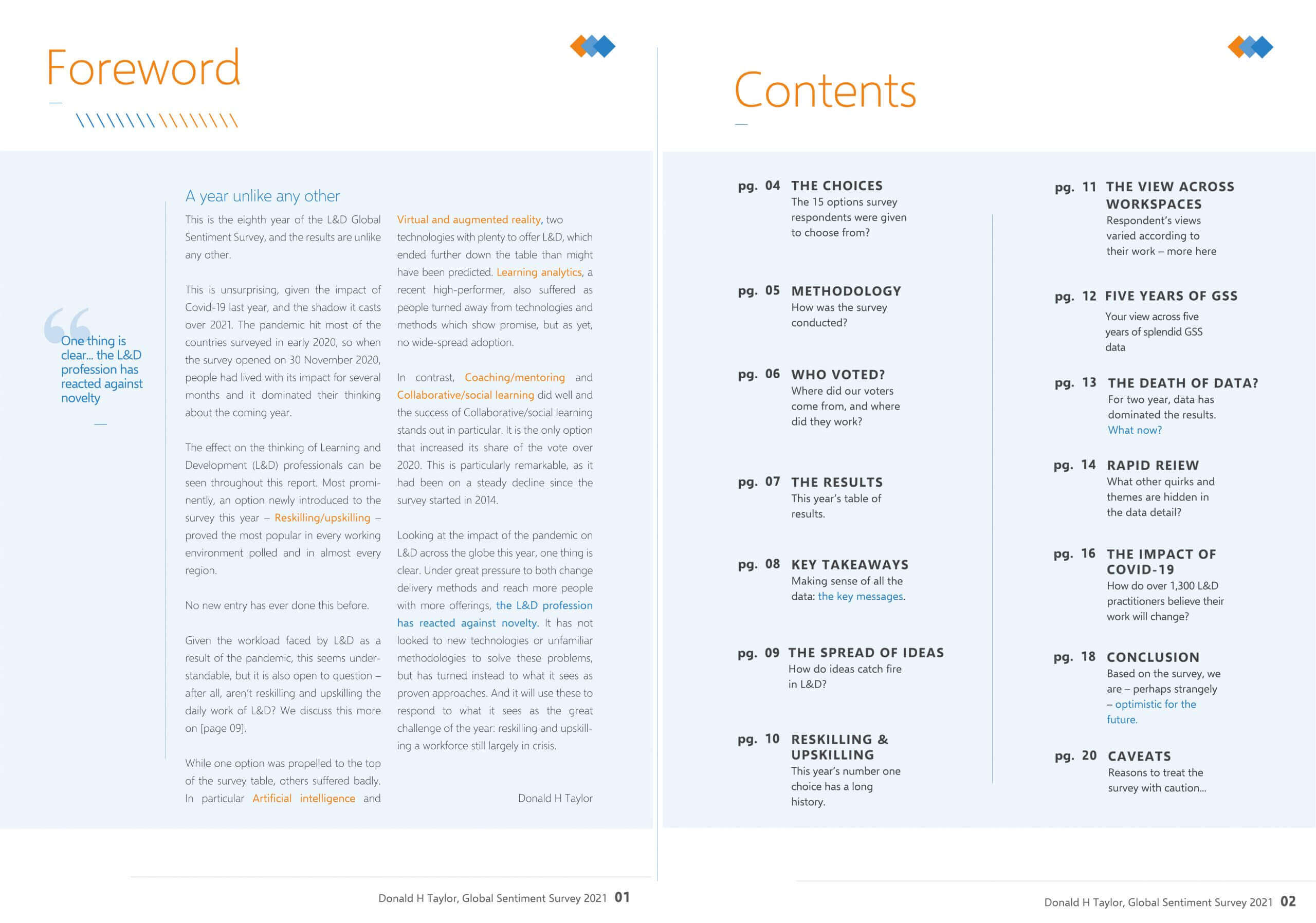 Get the latest from Don in your inbox